New media art is an umbrella term for art made with new digital technologies, including video, film, computer animation and the internet.

The term is generally applied to art made in the post-digital age after the 1980s, when an explosion of accessible new media began to infiltrate our daily lives. Today the term new media art covers a range of practices and is often multi- disciplinary, with artists combining together elements of light art, kinetic sculpture and audio-visual art.

New media art can exist both on and off-line, on web pages, computer screens, film and video monitors. It often has a participatory element, overlapping with interactive art, allowing observers to engage with the art and change its form in some way. 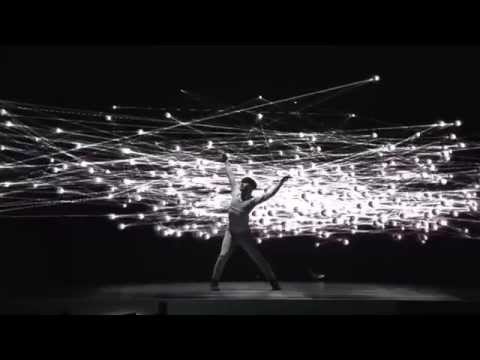 The Rise of the Digital

Wolf Vostell was the one of the first artists to create new media art, when he introduced a television set into his art installation Television Decollage, 1958.Vostell led the way for Fluxus artists of the 1960s to incorporate elements of technology into multimedia installations and performances.

In 1966 the group Experiments in Art and Technology (E.A.T.), founded by artists Robert Rauschenberg and Robert Whitman, and engineers Billy Kluver and Fred Waldhauer, staged a series of happenings which brought together collaborations between artists and engineers, revealing the power of new technologies when integrated with art practices, including Doppler sonar and wireless FM transmitters.

Their radical work broke down barriers between industrial design and the arts, allowing for a free exchange of ideas in the worlds of new media and installation art. 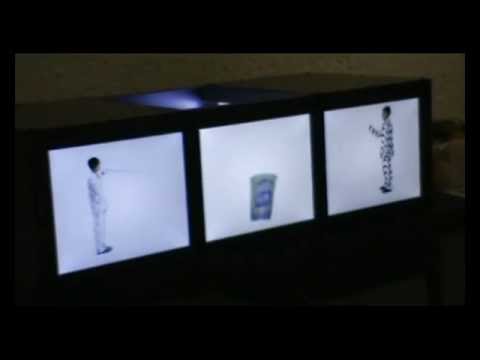 After the 1980s the rise of digital, new media art became an international phenomenon, with artists tapping into the weird and wonderful worlds technology could create. Ken Rinaldo produced interactive robots and animations, while his bio-art installations tap in to animal intelligence via technological interventions.

The rapid expansion of the internet in the early 1990s also opened up a series of platforms for artists working with new media art. Roy Ascott tapped in to this field by focusing on cybernetics and telematics, integrating computer networks as a form of exchange and communication into his art.

In recent decades the perimeters of the digital world have continued to expand, infiltrating almost every aspect of our daily lives, creating new tools and platforms for artists to experiment with.

Today, new media art is often pluralistic, encompassing a wide range of technologies to create a powerful, thoughtful or dramatic impact on the viewer. Artists invite us to consider the effects technology has, and will have on our lives into the future.

In Marc Lee’s interactive art installation, 10,000 Moving Cities, visitors are invited to interact with a series of sculptural, 3D digital screens that display a proliferation of data in constant flux from all around the world, revealing the scope of visual material available at our fingertips.

Artistarkh Chernyshev’s new media art, LED sculptures explore ideas around information overload, with immersive, interactive screens, and with feeds of factual or poetic material running along lightboard strips that weave into a series of unusual patterns and shapes, highlighting the unintelligible or indigestible nature of digital excess. 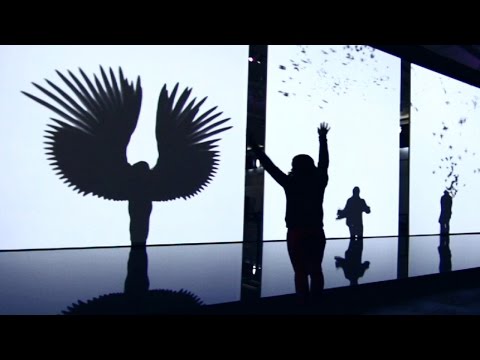 Due to its constantly evolving nature, it can be difficult to track and preserve examples of digital art that exist only in virtual contexts, particularly those made with older forms of technology that are gradually being replaced.

Several projects exist that are dedicated to the preservation of new media art, such as the Documentation and Conservation of the Arts Heritage and the Rhizome ArtBase.

Various annual festivals exist that support the range of ongoing developments in new media art, including MADATAC in Madrid. ai will continue to keep you updated as more new media trends continue to emerge. 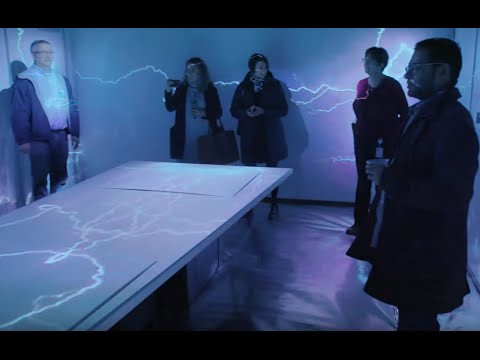